I went for two reasons and found a few more.

A sad-like, happiness, a contradiction that somehow makes sense, perhaps not immediately but allow it to soak in.

A nostalgic sense of what was, what is, what could be—a history, a story, a possibility.

Cities are known for the bustling sensation of synergy, pulsating through streets, its breath exhaling from the masses of people.

Detroit felt frayed, not just at its edges but in its depths, its fragility and emptiness exposed to the naked eye and beating heart.

I couldn’t help but wonder, as a visitor, someone who spent less than 48 hours in this space, overwhelmed from the strange cocktail of horrification, sadness, beauty and hope—what is the effect on the psyche’s of those who walk the city streets daily,  live in the boarded up neighborhoods and drive down ghost-town like streets?  Is the untamed, unkept, and unruly appearance of a fallen society stifling?  Can it spark hope, progress and innovation? Perhaps it’s something in-between, a limbo of sorts, dependent upon people and creativity to make—something. 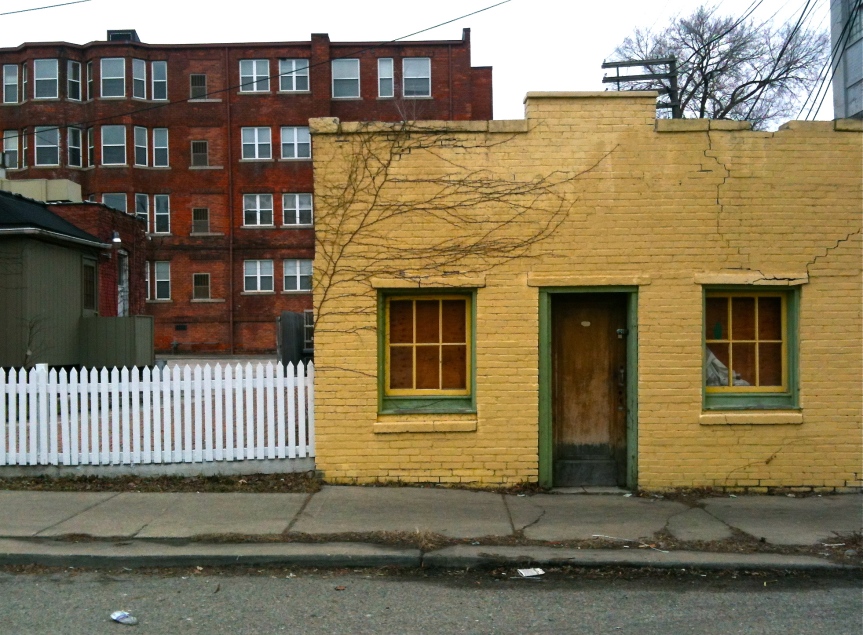 Some see decay, and leave
Some see hope, and dream
Some see the unseen, and create

Detroit’s pulse reads as dismay and admiration, the ebb and flow of society.  A beautiful decay, akin to peeling paint exposing layer after layer.  A feeling, a history, a story un-grasped by photos or words—an ethereal sense. Detroit’s pulse is beating with a story that is still being written.

3 thoughts on “48 hours in Detroit, a beautiful decay”